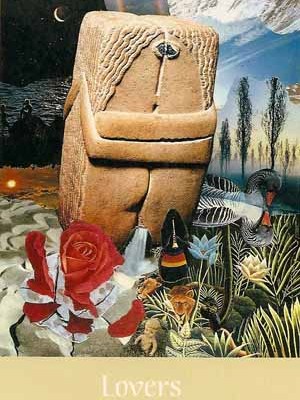 NEW 2-part webinar series with an extended version of this topic:
http://globalspiritualstudies.com/tarot/katrina-wynne/sexual-symbolism-and-meaning-in-tarot/

Sex is a natural part of life, so just as naturally, it is part of the Tarot. Whether subtle or overt, sexual symbolism and energy permeates all Tarot decks. In its most basic form, sex is energy channeled and expressed through the experiences of life. Whether we are looking at the biological reality of procreation, the passion of attraction, or the flow of kundalini energy, you can find a Tarot card to represent these life experiences.

I would like to introduce some of the various ways that sex and sexual energy appear in Tarot. The first place to look is at individual cards and symbols. When it comes to symbols and their interpretation there are various schools of thought. Some Tarot folks are traditionalist or fundamentalist, focused on the intended meaning of the card based on the original design of the card and/or historical interpretation. In contrast, the other end of the spectrum finds Tarot people who tap into a more personal, intuitive impression of each card. I will give examples of each. 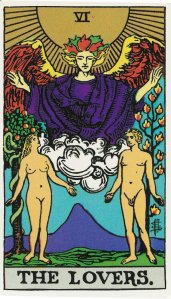 A traditional way to look at the sexual message in VI The Lovers is the literal interpretation of marriage and all its implications.

The Lovers represent all that is essential in the interaction of love and affection between human beings. — Stuart Kaplan Tarot Classic

In terms of sexual energy and the symbolism implied, the male and female figures on this card can also be seen as the basic polarity or duality of life with their relationship expressed as the entwining of yin and yang, the essential elements of the universe. Viewing the Biblical Adam and Eve as the primary masculine and feminine forces of earth, the progenitors of human life, sexual symbolism translates into an earthly life force. The “Tree of Knowledge” is the portal of initiation into the dualistic world outside the Garden of Eden and the “Tree of Life (Wisdom)” the channel of rebirth and return to oneness. It can be extracted that our sexual journey of life and blending with the Sacred Lover is the pathway of return to wholeness.

XIV Temperance, often seen as the alchemist card, is practicing the art of blending the spirits of duality into a balanced harmony. This can also be interpreted as the art of sacred sexuality, the blending of sexual energies with the Divine. 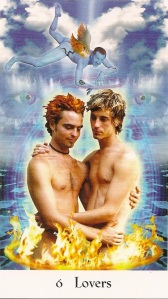 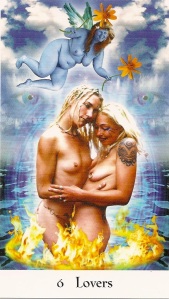 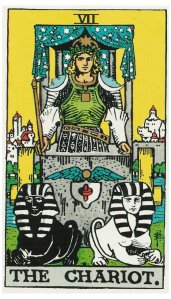 What about specific sexual symbols within the cards? Most often sexuality is implied with symbols such as sacred geometry (lingam/yoni intersect on the shield of the Chariot), ancient religious artifacts (as in Hindu, Egyptian, and Taoist traditions), modern art works (“The Kiss” stone carving on Voyager Tarot card), or the flow of energy in the form of water, such the Voyager VI Lovers or the Waite/Smith II The High Priestess. 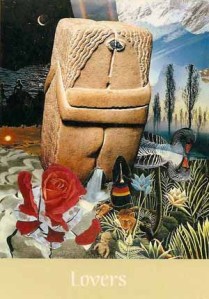 Aleister Crowley’s Thoth Tarot deck has always had a reputation of being a somewhat controversial deck with more graphic sexual symbolism. Viewing the artistic work of Lady Freda Harris on XV The Devil gives us a taste of his expression of sexual energy. 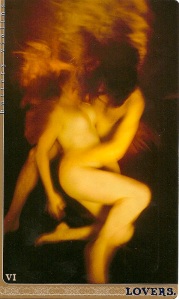 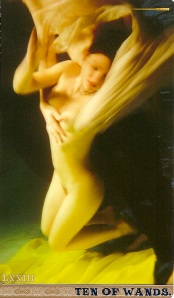 Beyond Worlds – Your Tarot Tribe with Donnaleigh and friends aired a discussion with me on the topic of “Sex in Tarot” on June 26, 2011. Feel free to download this BlogTalkRadio internet radio show to enjoy our lively exchange on this unique subject.

Credit and thanks go to the following Tarot artists for their generous permission to display their cards in this article.l

One thought on “Sexual Symbolism in Tarot” 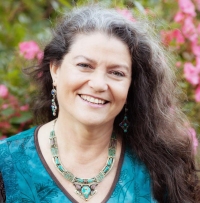 I am a Forest Mystic whose courageous LoveLight inspires and supports individual and collective social-spiritual transformation.

MY SACRED JOURNEY WEBLOG is about me, you, our individual journeys and our unity. The purpose of this weblog is to share the private musings and thoughts of a reclusive mystic with those who might resonate with such information. Your compassionate and constructive input is welcome, but may not be posted.

© 1991 – 2020 Katrina Wynne, all rights reserved. Nothing herein may be copied, reprinted, reproduced, or retransmitted in any media format without express written permission of the author.

This content and the content of these posts and pages are intended only to provide a summary and general overview on matters of interest. It is not intended to be comprehensive nor does it constitute legal advice or legal opinion. This content is intended, but not promised or guaranteed to be current, complete, or up-to-date and should in no way be taken as an indication of future results. You should seek legal or other professional advice before acting or relying on any of the content.